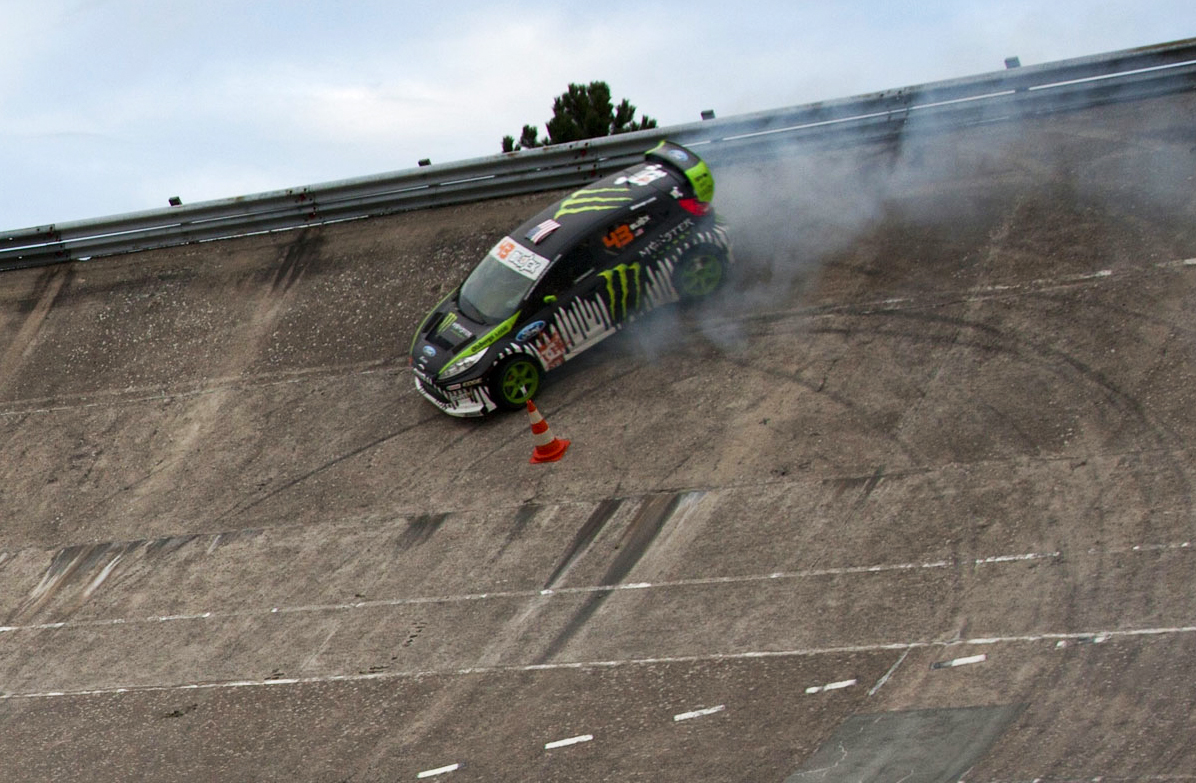 The film was made in antique French Autodrome, south of Paris (Linas at l’Autodrome de Linas – Montlhéry). This 1.58 mile oval track, built in 1924, features banks as steep as 51 degrees, which is more than double the standard incline of most NASCAR ovals. Chosen by Ken for this specific reason, the ramp-like banking proved to be a unique and exciting challenge. The driving physics for the stunts performed were totally unknown until Ken attempted the maneuvers during filming…

“The stunts I perform in Gymkhana THREE, Part 2 are without a doubt the craziest stuff I have ever attempted behind the wheel,” said Block. “We knew in order to out do the previous films, we’d really have to take it to the next level, and since you can’t kickflip a car, the location needed to allow me to do things never done before in car. Sure, I’ve seen people drift banks, but never ones this steep, and never head on. I treated the Autodrome’s 51-degree wall like a quarter pipe and it was awesome. Awesomely sketchy! Who knew you could do a wall ride in a car?” 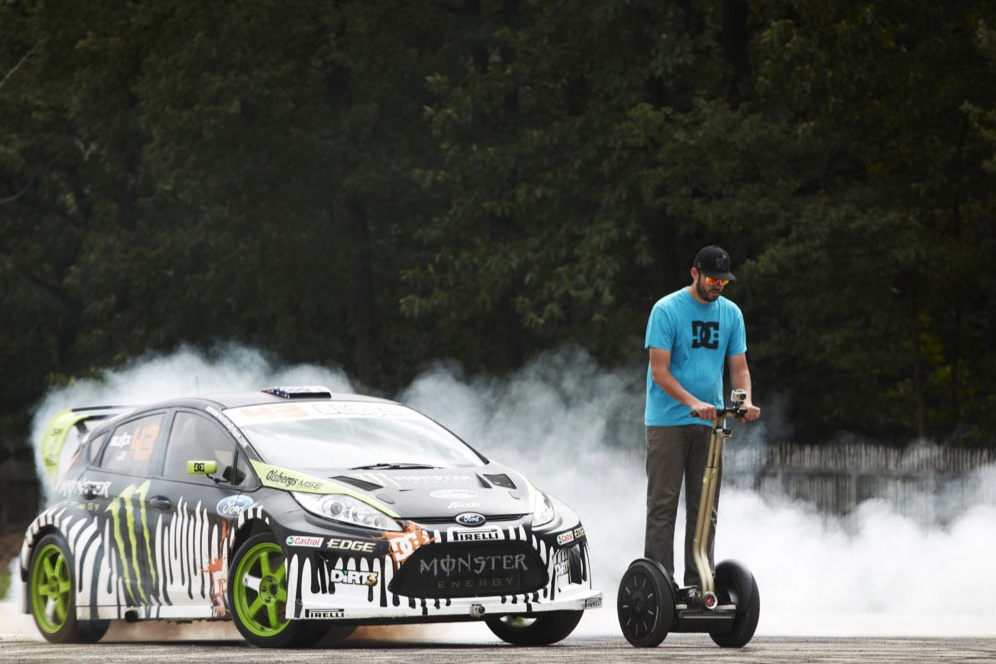