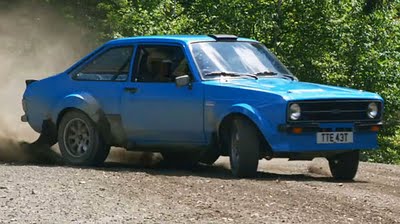 Block purchased the vintage rear-wheel-drive rally car to practice and have fun in. Wanting to broaden his rally skills, the Euro-only-spec 1978 Ford Escort MK2 helps him let loose in a few non-Rally America Championship events. Don’t let the vintage shell fool you—under the hood sits a 2.4-liter, four-cylinder Millington engine that boasts 280 BHP. Couple that with a WRC-styled paddle shifting, six speed sequential gearbox and you have one fast vintage rally car.

Block took the car to Team O’Neil’s Rally School in July 2009 to put the vintage rally car through it’s paces, and Former Subaru World Rally Team driver Chris Atkinson joined Block to break it in. Neither Block nor Atkinson have much experience in RWD cars, so the rally session and video is a good look at the two of them to flip flopping between the driver and passenger seats. 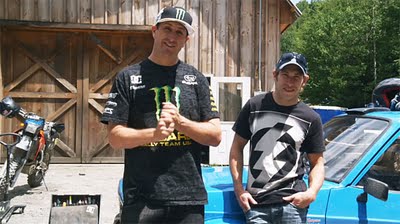