My friends from MDS called me bit over month a go to help out. They had a car show coming up in Easter and they didn’t have cars for the stand. So I stepped up the cry – 5 mins after closing the phone I realised I couldn’t take “the same car” in the show 2 years in a row. It needed a new look, something different. Right – the game was on.

New wheels, sourced as second hand. Bargain deal, but they still needed some new twist to stand out. I wanted semi-vip style and rat-look at the same time. Let’s call it Rat-Vip 😉 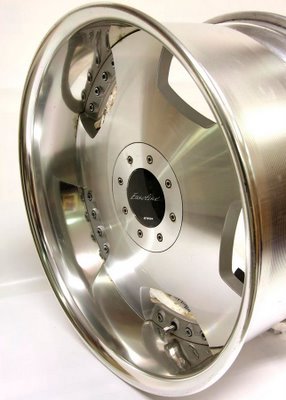 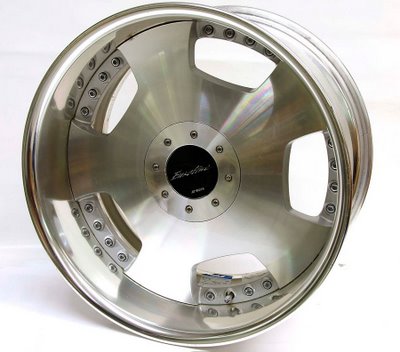 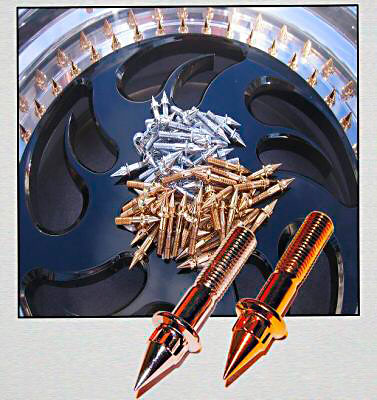 The new “pots” are 9,5×19 and 10×19 Work Euroline DH’s. Front ET is 0, rear ET -6. The rims were quite new, made in last year. Still wanted to give them a something, so a new paint to match the cars exterior and new ruff styled rim screws or spikes if you will. Now they look mean but classy. 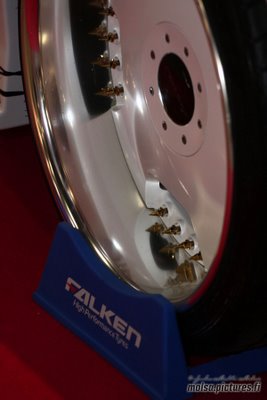 The new setup needed graphics as well, so I had few late nighters behind the Mac again. I wanted the car to be mean and brutal looking, so I ended up in a urban war theme – Full Metal Jacket. 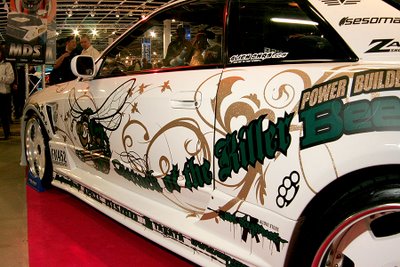 Attack of the Killer Bee*R 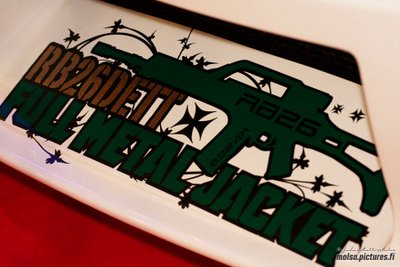 RB26DETT – the weapon of choice 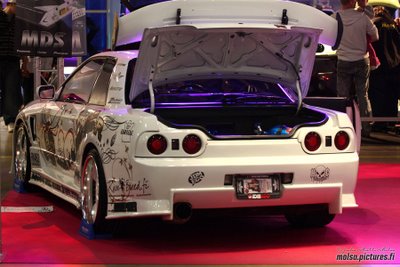 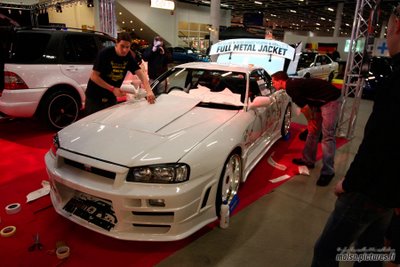 I had 8 other project cars to finish to the show, so my car was the last of them. HC Graphics aka Henri (me) & Casper did it again – totally different look. Not everyone’s cup of tea, but do I really give a shit? Nope.

Hifi update!
Alpine sorted me out with the latsest IVA-D106R media player/head unit, cheers to the new even better tunes!

Ooh, and peep out some pics from the show by Juhis: American Car Show / Tuning Car Show 2009

Thanks for the help again boys!